Denis Lynn, one of Northern Ireland’s most successful entrepreneurs, has been named the U

K’s most innovative boss by the Institute of Directors.

Mr Lynn, who is chairman of the Downpatrick based food manufacturer, Finnebrogue Artisan, started his firm from scratch in 1985 and has transformed it into the UK’s fastest growing of its kind.

Now employing 470 people in County Down and turning over £75 million, Finnebrogue has made its name as the country’s leading supplier of top tier sausages, bacon and venison.

Its revolutionary Naked Bacon launched earlier this year – and is the first mass produced rasher to be made without nitrites, the cancer-causing chemicals traditionally used to cure the meat.

Naked Bacon has transformed the UK bacon market, making a tasty, safer alternative available on a mass scale for the first time.

“I am thrilled to receive this award on behalf of everyone at Finnebrogue. We pride ourselves on making food the best it can possibly be, without being bound by the way it’s always been done.

“Our incredible growth in recent years wouldn’t have happened without the drive, ambition and extraordinary abilities we have amongst a team who continue to innovate and push the boundaries of what is possible.

“The launch of our Naked Bacon this year has been a brilliant success. Despite being the country’s leading top tier sausage maker, we had never made a single rasher of bacon because we couldn’t work out how to do it without adding nitrites. For more than a decade I have insisted we not touch bacon until we could make it better and safer – I’m delighted we now have.” 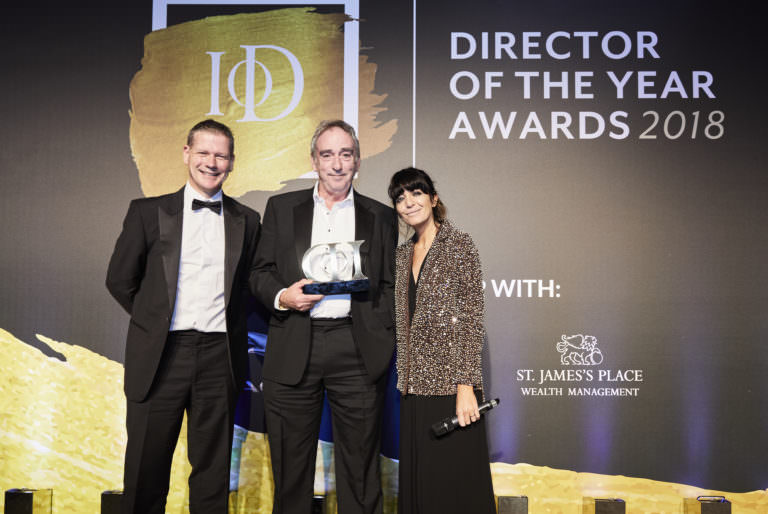